The Gig Economy and Employment Status 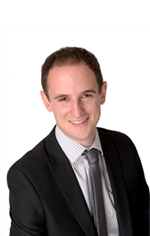 There has been, in recent years, a significant boom in the so-called ‘gig economy’; short-term contracted or freelance work rather than permanent employment. To some this is a chance for a flexible style of working unrestricted by fixed regular hours or shift patterns while others view it as exploitative with very little employment rights protection.

A series of recent cases have tackled the question of where these types of contract leave people on the employment spectrum: are they workers, employees, self-employed, or something new altogether?

Companies such as Uber, Deliveroo and, most recently, Pimlico Plumbers, have all been subject to legal proceedings as to the identity of their “employees” and cases have reached the Court of Appeal.

It is estimated that some five million people are currently working as part of the gig economy and many people believe that they should have certainty as to their rights and responsibilities.

The classification of someone as an employee is more complex than you might expect. Simply performing a job for someone does not necessarily make you’re their employee but being an employee gives someone a significant number of rights: holiday entitlement, Living Wage salary, sick pay and pension enrolment for example.

Importantly, being classed as an employee or a worker (as opposed to being self-employed) gives the right of protection against unfair dismissal and the ability to bring claims to the Employment Tribunal. This is was point of argument the recent Pimlico Plumbers case at the Court of Appeal.

The Court ruled that the plumber in question was a worker and it is easy to see why on reflection: he drove a branded van, wore the company’s uniform and he had to work a minimum number of hours per week. To all intents and purposes he appeared to be representing the company and clearly had to follow a set of regulations. The Court of Appeal stressed that the company exercised “tight administrative control over him”.

Pimlico does not establish any new rules or reinterpret the law. Instead it takes well-established rules for classifying a worker or employee and applies them to a new type of work environment. The danger for gig economy companies is not being aware of when they are employing someone compared to contracting to someone who is self-employed.

To discuss any of the above further and how it make affect your business, or if you are uncertain about your own status, please contact Mohamed Bangura or Chris Dobbs.

Neale Turk Rochfort is authorised and regulated by the Solicitors Regulation Authority no. 68699 & 00068700.